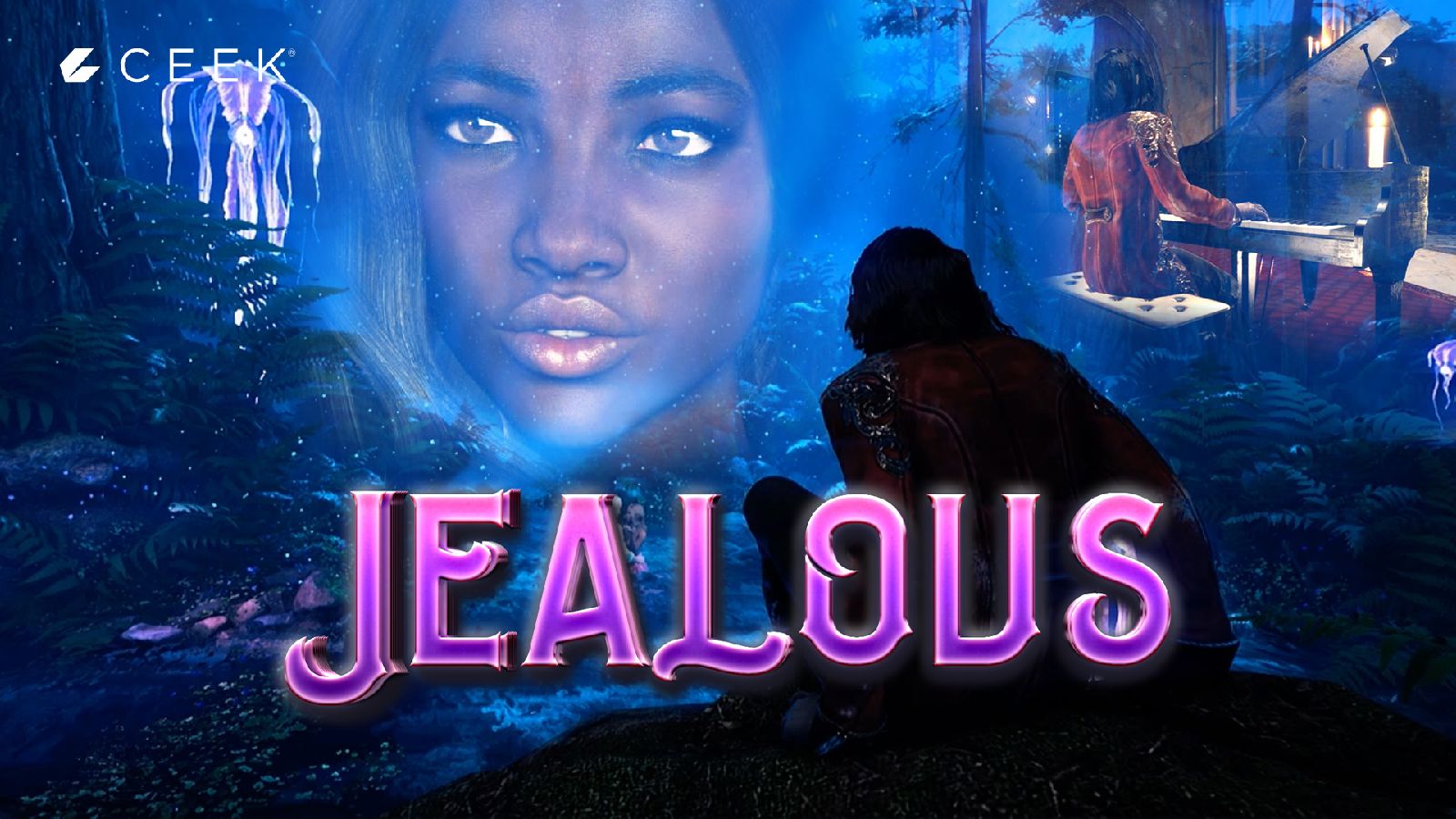 Jealous Virtual Reality Musical by CEEK Ceek.com Jealous VR is a beautiful magical love story featuring the piano ballad by Labrinth in this initial musical installment to a continuing series of magical tales of wonder presented exclusively by Ceek VR. In Jealous VR, we venture into a luminous mythical world of love as CEEK takes you on an illustrious journey to and through the Sky Palace floating in the clouds on a rainy starry night. Jealous VR is the first of a series of incredible 360 VR musical experiences that will capture your heart and imagination! In this first VR episode, you are whisked away to another dimension that’s both eerie and beautiful. The scene is majestically set in a lush green forest on a magical island floating in the clouds being held up by cascading waterfalls somewhere between the mists of heaven and the fullness of the moon, all blanketed under a billion stars. We see a Prince daydreaming on the balcony of his Sky Palace thinking, wishing and wanting his love. The rest is an amazing musical journey you have to see for yourself! Jealous, is a heavy hearted poetic ballad of true affection, from Labrinth’s album Take Me To The Truth. Singer Adele once said of the song ‘”You could play it at my kid’s birthday and I’d burst into tears.” Musical phenom Labrinth said he wrote the song to express the feelings he and his family experienced when his father abandoned them when he was just 4 years old. Labrinth explains, “A lot of people have been through that experience. It’s kind of written from the perspective of how my family felt at the time, but I wanted to write it so anyone could dig into the song and relate to it to their own situation.” CEEK VR is proud to present Labrinth’s beautiful expression of love in his song Jealous, by creating a one of a kind 360 VR episodic experience! This musical is available in 360 and 2D